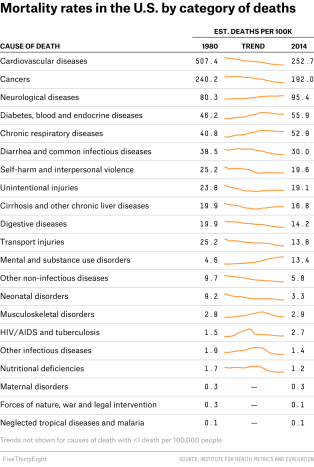 Last week, we looked at conflicts that we find in our family tree.   These might be things that  we, ourselves, have experienced.  They might be stories with recent memory.  Or they might be far in the past.  But one thing that they all point out to us is that the people we are researching are real people.  They had real lives – real joys, real sorrows, real hardships, real experiences.  Sometimes in our haste to find our next ancestor, we treat the people in our tree as anonymous names and collections of facts to be discovered rather than the members of our family that they are.

Perhaps this becomes most clear as we look at causes of death, the theme for this week.  Every time we look at a tombstone or stand at a grave, it’s a reminder that someone’s life ended.  That person was born, lived, and then died.  Someone took the time to bury them.  Most of the time, there is a monument or tombstone to remember the person.  Were there a lot of people gathered there for the burial and funeral?  Or was it an anonymous burial in a potter’s field with no one in attendance?

How did the person live, we wonder?  What kind of person were they?  Were they joyful and fun to be around?  Or were they the one to freeze the joy out of a room and regard everyone with a stern and disapproving look?  Were they surrounded by people who loved them during their last days and hours, or did they die alone?  What caused their death?  Did they die at a young age from some disease we would regard as highly treatable today?  Or did they die from something that still kills many today?

The tombstone and the grave probably don’t tell us a lot about this.  I have seen a stone in Mississippi County, Arkansas that claims what a loving father a man was, when I know for a fact that that wasn’t quite true.  Maybe when he was sober, but not when he drank.  When he was sober, he looked after folks.  For fun, he would teach me big words.  But, when he drank, which was more and more frequently late in life, he was mean.  He even tried to shoot his wife one Christmas.  But that’s another story for another time. 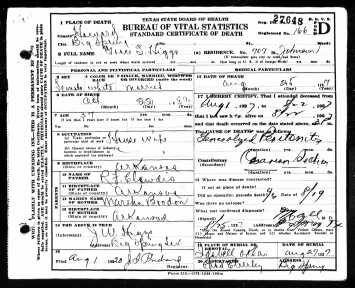 So, we look at death certificates.  They probably give us immediate and contributing causes of death.  This is good as we try to build a health history, to see if certain diseases run in our family.  But, there’s still a lot more to the story, and to the person and their experiences than we see in that little box on the form.

This week, we are going to meet two different people who had fairly similar paths near the end of their lives.  In the last months, we have seen several high profile celebrities who chose to end their own lives.  Notably, Kate Spade and Anthony Bourdain, both committed suicide this year.  There have been others in the media, but these two particularly shook a lot of people.   When one person I know heard about Anthony Bourdain, they talked about what a shock it was since everything seemed to be going well for him – he had a great career on TV and writing, he had a family that he loved and that loved him, he was sober for a number of years from the drugs that he battled in the past.  But something was really wrong for him.  Depression made him believe that there was no way out.  So, he ended his life.

And I think that’s the thread that joins the lives of Bill Bailey and Cecil Dickson.  Both of these men, in desperate times, saw no way out for themselves.

Cecil Noyle Dickson was born 20 Aug 1876 in Mississippi, probably in Tate County.  He was the eldest child of John H. Dickson and Martha A. Taylor and the older brother to my great-grandfather, Robert Harrison Dickson, Sr.   The family was a family of farmers, as much of my family in those days was.  They moved from Mississippi to Prairie County, Arkansas by the time of the 1880 census.  Eventually, John H. Dickson died and Martha remarried to Jack A. Jones.  By then, the family was living in Crawford County, Arkansas, north of Fort Smith, in a small town called Rudy.  The family story was that Jack Jones was mean to his step-children so Cecil and his brother Robert left home while still young.

Apparently, Cecil didn’t go far because in August of 1895, Cecil married his step-sister (by Jack Jones first wife) Elzenia Mildred “Zenia” Jones.  They had at least ten children, though I think they lost at least one along the way.  The 1900 census shows him as a laborer.  In 1910, he is a farmer on rented land.  In 1920, he is a farmer, but he owns his own farm.  Likewise in 1930.  Of course, by then Great Depression had begun and I am sure that things began to get tough. And for some, it got very tough, indeed.

According to some Dickson cousins,

Cecil was a kind man, who worried a lot. Apparently, Cecil had mortgaged the farm at Citizen Bank. Due to the depression at the time (1931) and possibly a crop failure, he could not make the payment on the mortgage. This upset Cecil very much. One morning, he went into Rudy and some men there were razzing him about the bank taking the farm. This upset him very much. Cecil went back home and ate dinner. Then he got his 22 rifle to go squirrel hunting. Along in the late afternoon when he had not returned, Zenia decided to send the boys to look for him. When they returned without finding him, she thought for a little while and told one of the boys “I know where he is. Go look in the old house.” This old house was to the left and up on the hill from the house they lived in. They went there and looked in the window. There sat Cecil against the wall, with the gun braced on a stick of wood. He had shot himself, the 10th of November 1931 and he died. He was buried in the Mt. McCurry Cemetery which was not very far from his home. The farm that Cecil mortgaged was known at the time as the old Jones place. It had apparently belonged to Zenia’s family. The next generation called it the old Dickson place. It is a pretty valley.  The banker who repossessed the farm allowed Zenia and the children to continue to live there.  Joe was still at home and he ran the farm. They still had their chickens, cows, pigs, and horses, as these were not mortgaged. Their family did pretty well and did not go hungry. They were as prosperous as the other families in that area at the time. I do not know Cecil’s parents names.  Cecil’s occupation was apparently farmer, but the family also picked cotton as did all the other families in the fall.  It was extra money for all.

This happened far too often during the Great Depression.  The perfect storm of a personal depression and financial failure and an inability to provide for his family was more than he could endure.

I think things might not have been so different for Bill Bailey.  James William “Bill” Bailey was born 23 Sep 1875 in Hackett, Sebastian County, Arkansas.  His parents were Hume Field Bailey and Sarah Louise Council Brewer Bailey.  We’ve met some of that family and their farm previously.  It was a hardscrabble life on that farm along the Oklahoma border.

In 1908, Bill married Loda Scott.  Bill was working as a clerk in a grocery store in Sebastian County.  In 1920, he owned his own home and was the Top Boss at the coal mine.  In 1930, both Bill and Loda were working in the grocery store again, Bill as the manager and Loda as a sales clerk.   Now, they rent their house rather than own it.

My grandmother said that Bill was always a cut-up.  He loved novelty photos.  She had some where he was shaking his own hand, or was the both the bride and the groom in a wedding photo.  Seems like a happy person. 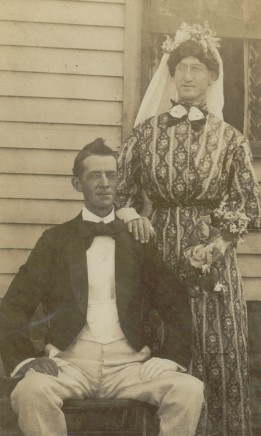 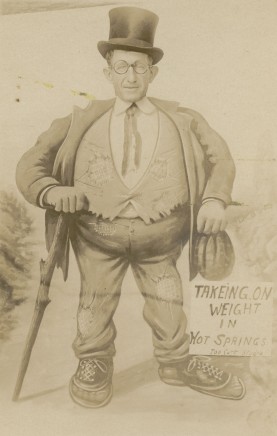 Loda and Bill moved to California during the Great Depression.  With no children, it was just the two of them.  I guess that they went there in search of jobs and escape from the business and farm failures in Arkansas and search for a better life. 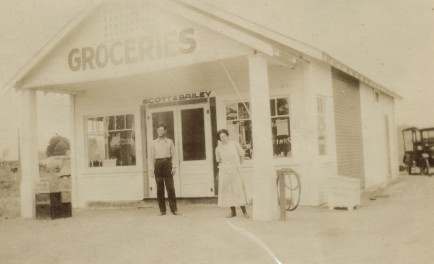 He worked in a grocery and a service station with his brother-in-law, Loda’s brother.  But apparently, they were having no success in that business either.  Financial failures combined with failing health were more than he could take.  On Christmas evening in 1933, Bill took his own life.

So, what to take away from all of this?  I guess a couple of things.

First, remember that our ancestors were real people with real lives.  We honor them by looking beyond the dates and places and facts on a family group sheet.  We honor them by remembering their lives, their joys, and their struggles.

Second, and more importantly, as we look at the causes of death we find for our ancestors, we have to look at ourselves, our friends, and our families.  Suicide is real.  Too many people are overwhelmed by a sense of failure, a sense of uselessness, a sense of hopelessness.  Take the time to listen, to be aware of the people around you.  Listen to your loved ones when they talk to you.  If they are having a hard time, talk to them and then listen.  Be there for them.  It’s such a hard thing to get our minds around, wanting to end your own life.  I don’t understand it.  But, I can do my best to listen and empathize and ask those that are hurting how I can help.