Born in 1919, they married pretty young by today’s standards: early in 1940 at the age of 20. Not long after that, they had two young sons. They moved from Arkansas to California for a year or two, but pretty quickly came back to Arkansas.  Grandad went off to war in the Pacific near the end of WWII and stayed for the Korean occupation. Along the way, they always were quick to help out anyone who needed help, quick to strike up a conversation, tell stories, and smile a lot.

Grandmother and Granddad moved from Arkansas to Pittsburgh when they were past 75.  My step-mother invited them to come live near them while everyone was healthy.  They said yes without having to consider it more than a minute.  But that’s another story.

Grandmother died about ten years after they moved to Pittsburgh.  I was visiting Granddad not too long after that, after his health was failing, and his memory fading.  He and I went out to run errands, have dinner at Eat-n-Park, and to go to the community Thanksgiving service at church.

At dinner, I asked him to tell me again about how he and Grandmother met.  “Oh, that was June 8, 1938.  We both went to a youth meeting at church and met there.  I asked if I could walk her home.  And neither of us ever dated anyone else after that night.”  Around then, he might get flustered and not really be sure of the day of the week or what we had for dinner, but that was a moment that he would never forget.  Because Robert and Susan were always in love. 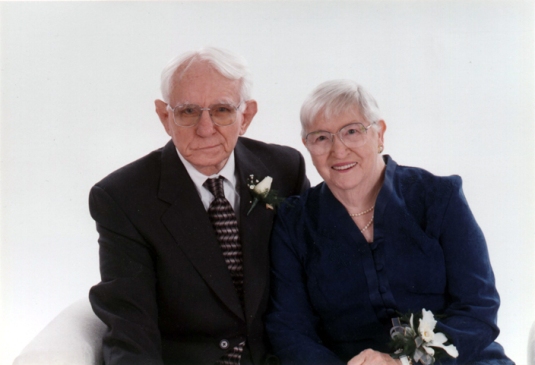