I think I have mentioned the Rev. Jeremiah H. Cason and his wife Bettie Cooper Cason before.  And I am sure that I will mention them again.  They are a big part of my research and of the family stories that were passed down. 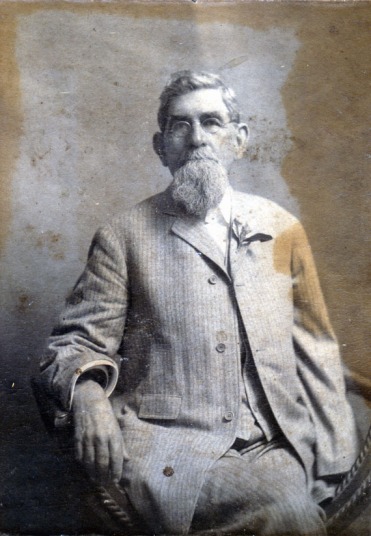 Rev. J.H. Cason and his wife Bettie were very early Baptist missionaries to Africa.  In September 1856, they and three other missionary couples set out for the Yoruba country, which today is a part of Nigeria.  This was one of the very first groups from the Baptist church to go into Africa.

They married 3 July 1856 and spent the summer raising funds for their missionary efforts.  They sailed from New York to Africa on a trading vessel, the cheapest and slowest way to get there, and arrived early in January in 1857.

Dear Bro Poindexter
Your kind favor came to hand May 5th. It was a comforting letter and manifested much interest on your part in our mission. We were sorry to learn that Bro Taylor was unwell and hope he has long since been permitted to engage in his duties.

On the 1st day of May we were delighted by the birth of a fine daughter. It grew and
promised well to be raised. On the 12th it died and I followed it to the grave in a small band of Africans. Mrs Cason is doing pretty well and we hope she will be up in a few days.

That little girl was Sallie Vincent Cason, named for Jere’s mother.  How sad.  But, how matter of fact about things, too.  Jere doted on his children and grandchildren.  He wrote letters to each grandchild on they day it was born, welcoming that baby to the world.  So, you now that he and Bettie were devastated by the death of their daughter.  But, they also felt a duty to their call and their mission.  I can hardly imagine.

I found this letter through the Baptist Foreign Missions Board archive in Nashville, Tennessee.  They sent me copies of all of Jere’s letters.  I went to visit them and made copies for myself of the letters from the other missionaries serving with them.  It’s such an amazing thing for the archivist to bring a box of letters that are 160 years old, that were mailed back to the US from Yoruba, Africa.